Composer for games, film and media 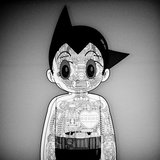 Chris Christodoulou is a composer based in Athens, Greece, writing music for video games, movies and other media, as well as stand-alone compositions.

Originally from Sparta, Greece, Chris took his first music lessons at a very young age. He moved to Athens to study music theory, sound design and music composition, the latter under composer Joseph Papadatos. At the same time he performed as a keyboard player & drummer in various bands, spanning a wide range of genres.

In 2009 he was accepted in the Composing for Film masters program at the Conservatory of Amsterdam supervised by composer Jurre Haanstra. During the four years he lived in The Netherlands, Chris worked on several short films and wrote his first video game scores (The Sea Will Claim Everything, Risk of Rain).

In 2013 Chris returned to Athens where he now resides and works. He has since composed music for various video games, animated shorts, and a feature film.

In his free time Chris likes to consume dead trees.

There are more than three tracks in each playlist. Hover over the tracklist to reveal the scrollbar.